is a Tent Card. Our new February Release includes a set called Fairies. Fairies always conjure up ideas of magical fairy dust, flitting about the flowers and their secret places in the garden so I ran with that idea. I stamped out two of the images and colored them, adding what else but fairy dust to their wings, then cut them out. 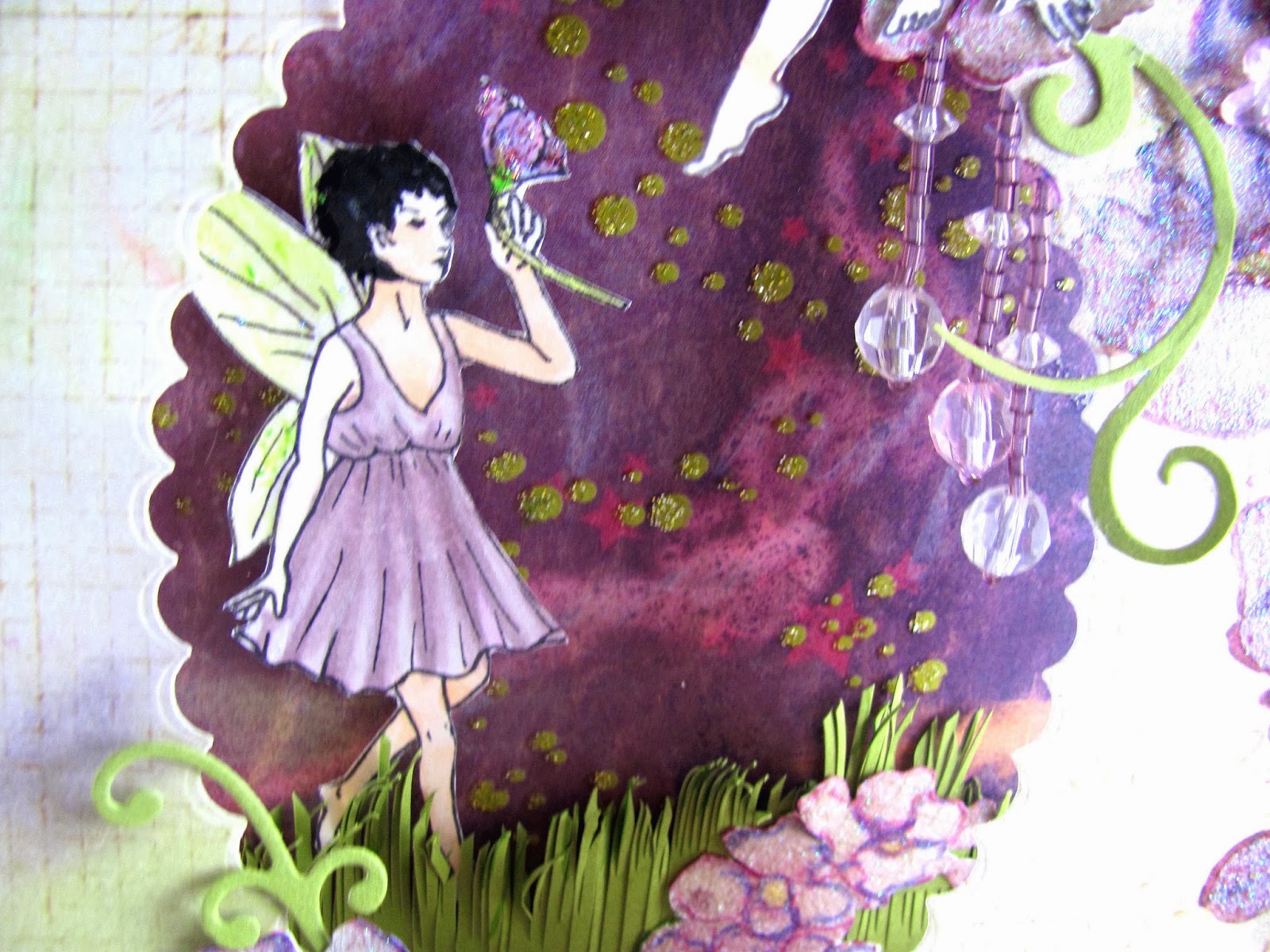 On the inside of the tent I created a scene using a dp from Once Upon A Time. Adding more glitter to it and enhancing the colors. I made grass and added the flowers and beads for the fairy to be walking thru. 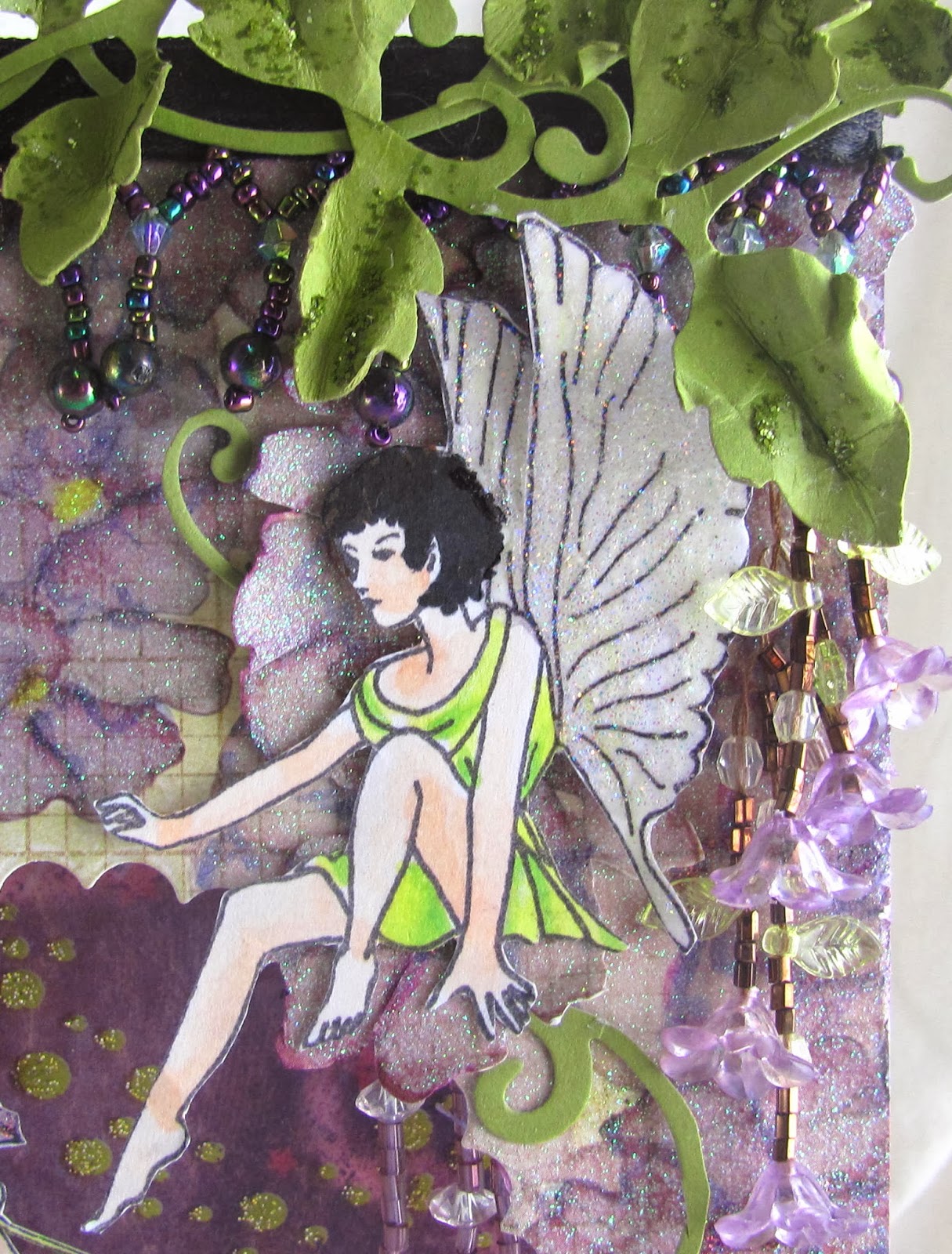 For the front of the card I used a dp from the  Collection. The flowers were glittered but very pale so I colored them all as well as adding colro to the rest to enhance it all, then cut out parts and added some to the top to perch the fairy upon and also to the bottom. The window was cut out with a Spellbinder Scalloped Oval. The flourishes are a MFT cut into pieces to form vines for the bottom and along the top to add the leaves to.The leaves also have som glitter added to them for more shimmer. It seems as if the one fairy is handing a flower to the other so I thought the sentiment was perfect for it. This sentiment is from the Today Tomorrow and Forever Set.The dimension doesnt really show very well in the pic but in person it along with all the glitter really makes for a fun card. 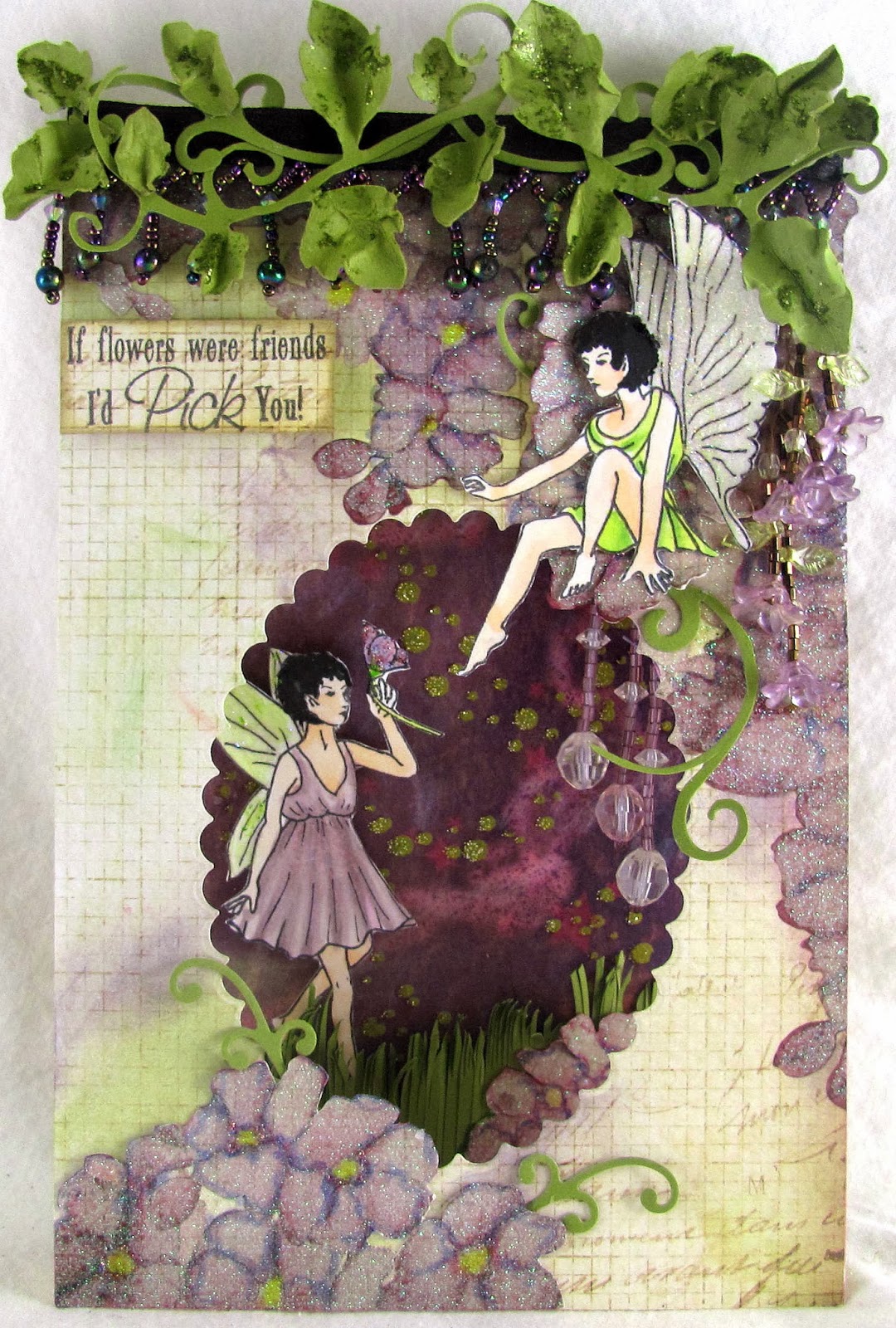 I love the creative ideas and the wonderful result

WOW! What amazing detail. This must have taken hours. :)

Just beautiful, Davi, with the flowers and fairies. Wonderful job adding grasses, too. You've glittered it so pretty. Outstanding job!

So beautiful! The fairies are so pretty with their glittery wings and love all the purple and green. Gorgeous card!
Lynn

WOW Davi this is so beautiful ..love the dangling beads and such a charming fairy land you have created!!
Cheers
Dr Sonia

Oh my gosh, this is one of the most fabulous cards I've seen!! Every single detail is gorgeous, Davi!! I love, love this!! Have a great day :)

So very pretty Davi! Love the gorgeous foliage and pretty fairies! Hope you are having a great holiday!

beautiful!!
Love the beads on the card!
Groetjes Karin

Oh this is so whimsical and pretty! It's so realistic ... Fabulous work Davi!

Deifnitely like a fairytale and your fairies are lovely. This little scene is so dreamy; love the leafs and flowers (made me think of hydrangeas) Gorgeous Davi!
XX

Totally fun and creative design. I really like your addition of the beading. Hugs!